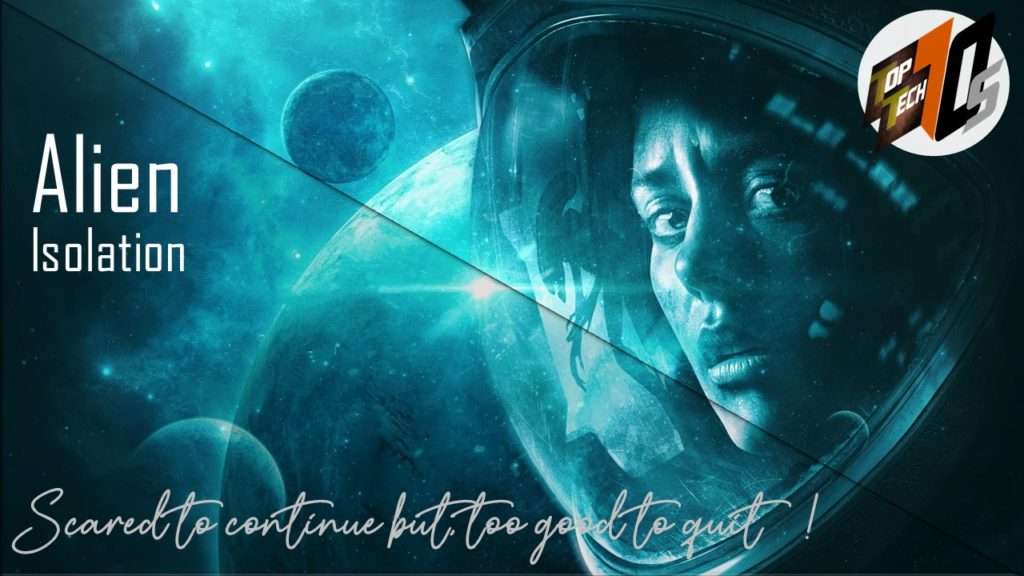 I spend a lot of time while searching for games to play and when I came across Alien: Isolation, I didn’t have too many expectations from this game, but I gave it a shot as many players were recommending this game. And I have zero regrets after playing this game.

The Xenomorph in Alien: Isolation reminded me of Dahaka from Prince of Persia Warrior Within. Now, I know these two games are entirely different, but these characters are quite similar in the way they influence the game. Both of them search for the player, throughout the game and getting caught means instant death except, running from Alien/Xenomorph is almost impossible. I know this doesn’t affect the gameplay in any way possible, it’s just a nice little detail that I wanted to share. 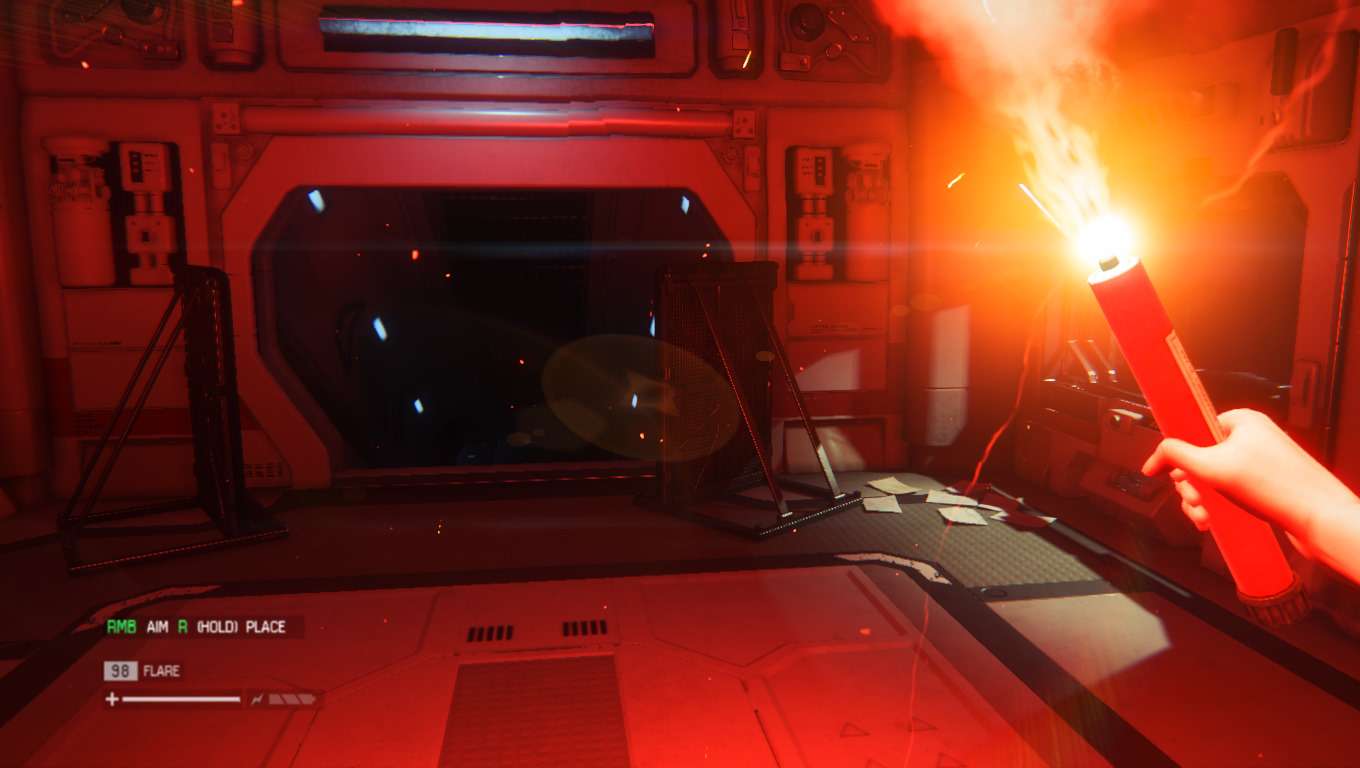 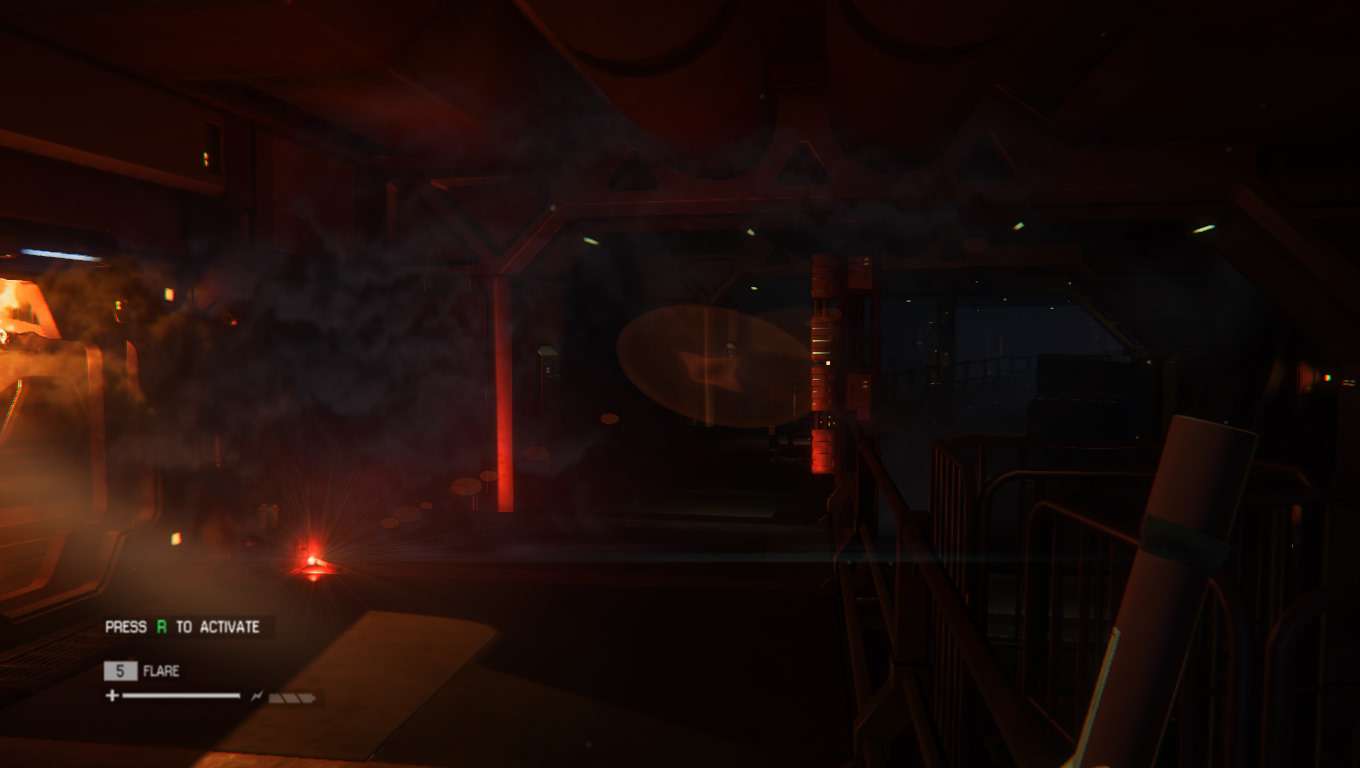 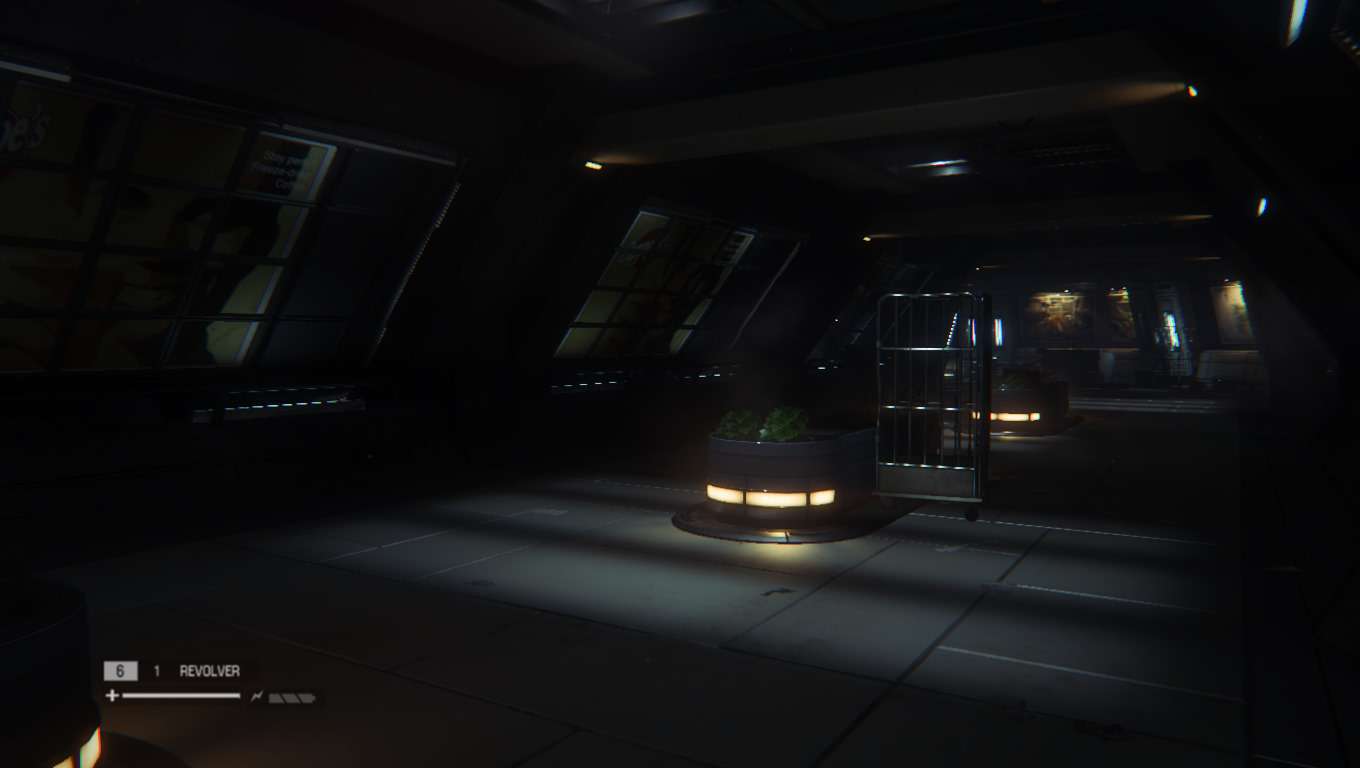 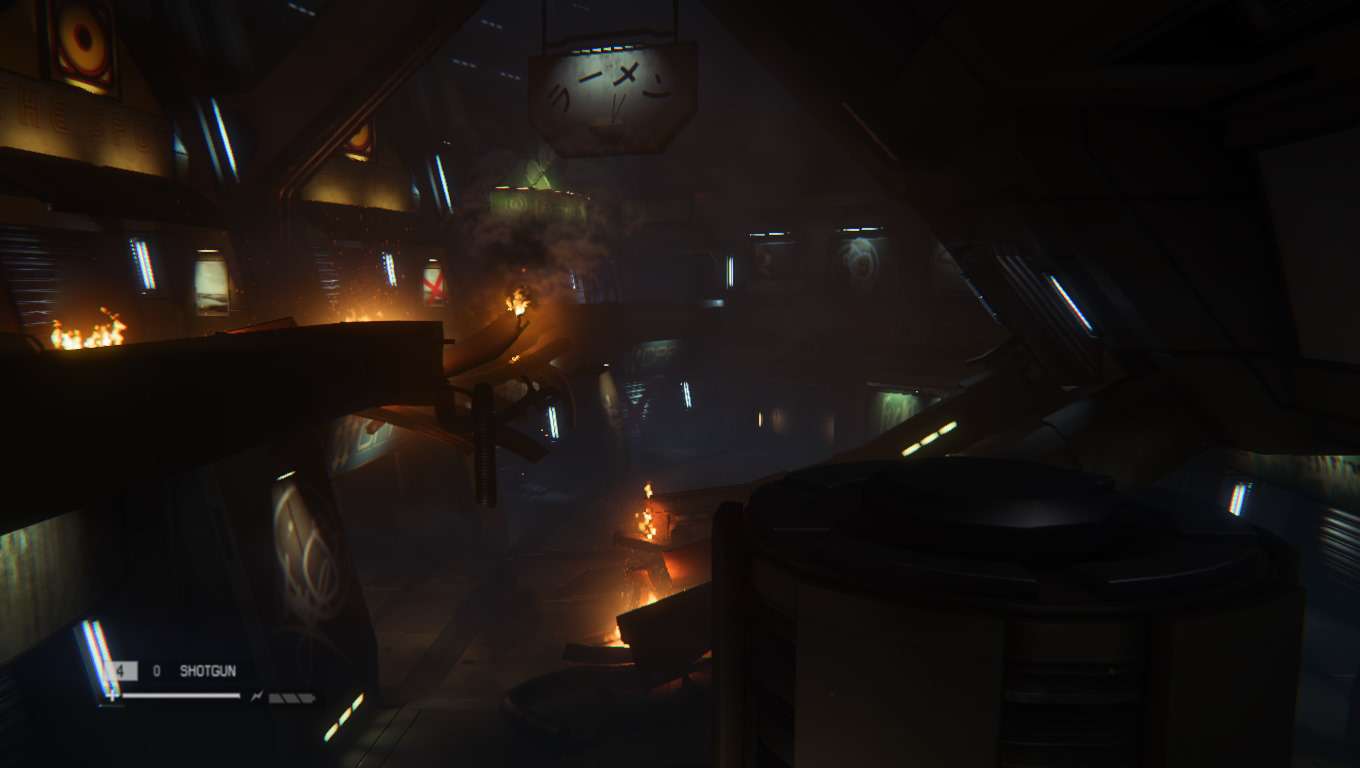 Many times while playing this game, I got too scared to continue. The game is scary, thanks to the Xenomorph and the Sevastopol station itself. The game is designed by the Alien series’ fans, and they did their best in making a futuristic space station look as creepy and frightening as possible. Careful use of lighting, mist, and tightly packed environment make the Sevastopol a living nightmare.

Music and sound design highly affect the game’s environment and the developers of Alien: Isolation took this way too seriously. Every time the Alien’s around you, a loud and creepy music starts playing, and most of the times, this music is the last thing you hear before dying. 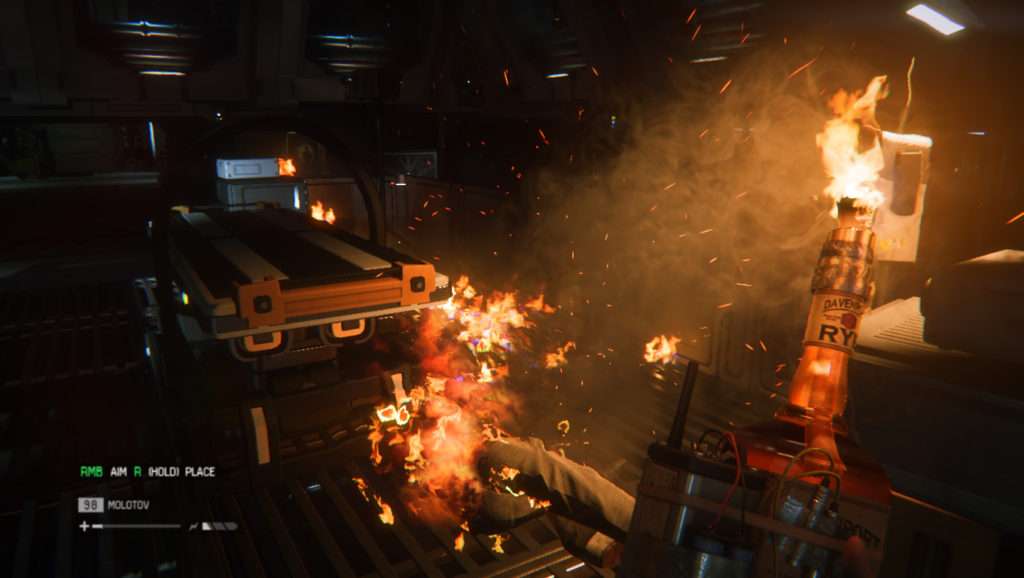 Hiding, crouching and waiting while you make your way towards the next save station is all you do in Alien: Isolation. It sounds simple, but it isn’t. The problem is, nothing on Sevastopol works, and if you want to escape the Alien and the space station, you need to get those doors, vents, transits, and lifts working. But the Alien isn’t the only threat you encounter while playing this game. Hostile Androids called working Joes, and armed survivors will attack you on sight. And all of this, when combined, creates scenarios like, where you have to go from point A to point B, to get something on Sevastopol running, while protecting yourself from the Alien and other enemies. You will have to make decisions like, either shoot the working Joe or try to fight him unarmed if you don’t want to attract the Alien’s attention. And if you die before reaching that beautiful looking save-station, you will have to do the whole thing again. 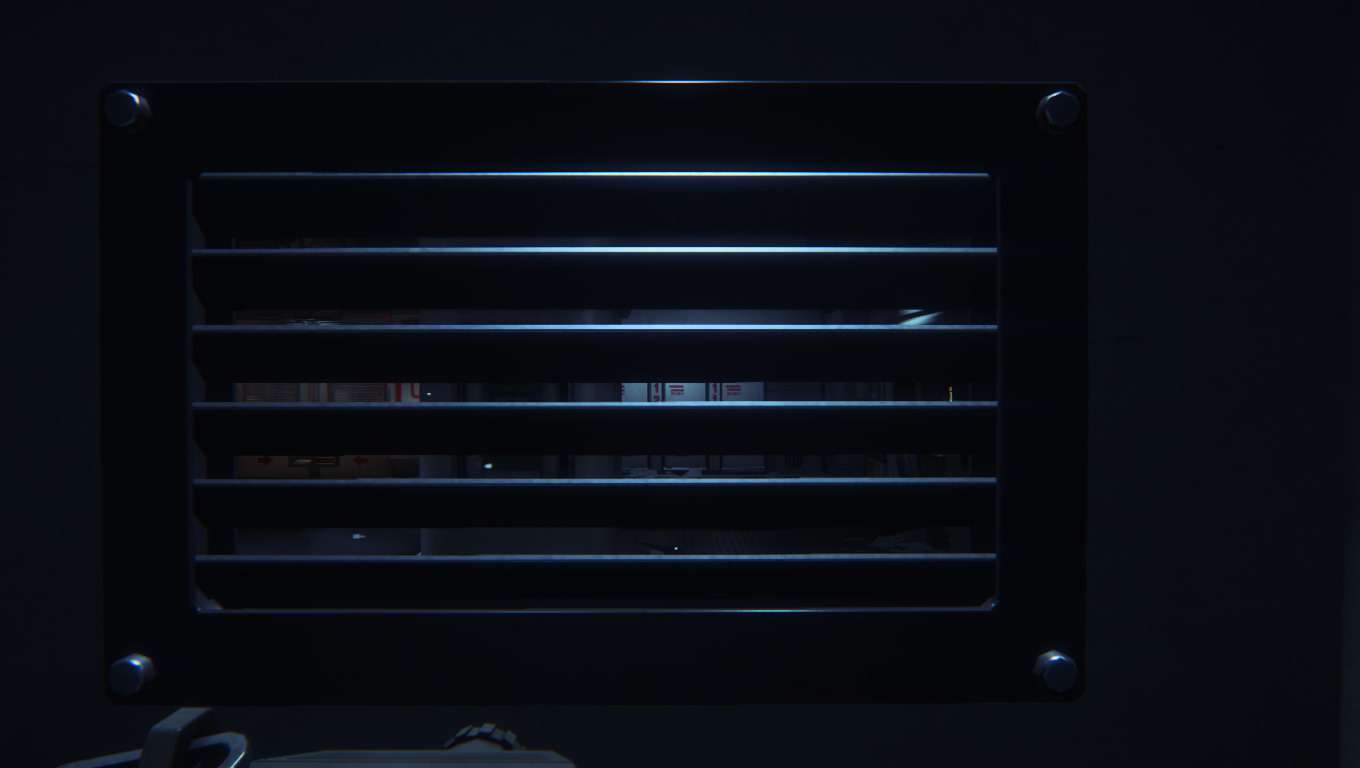 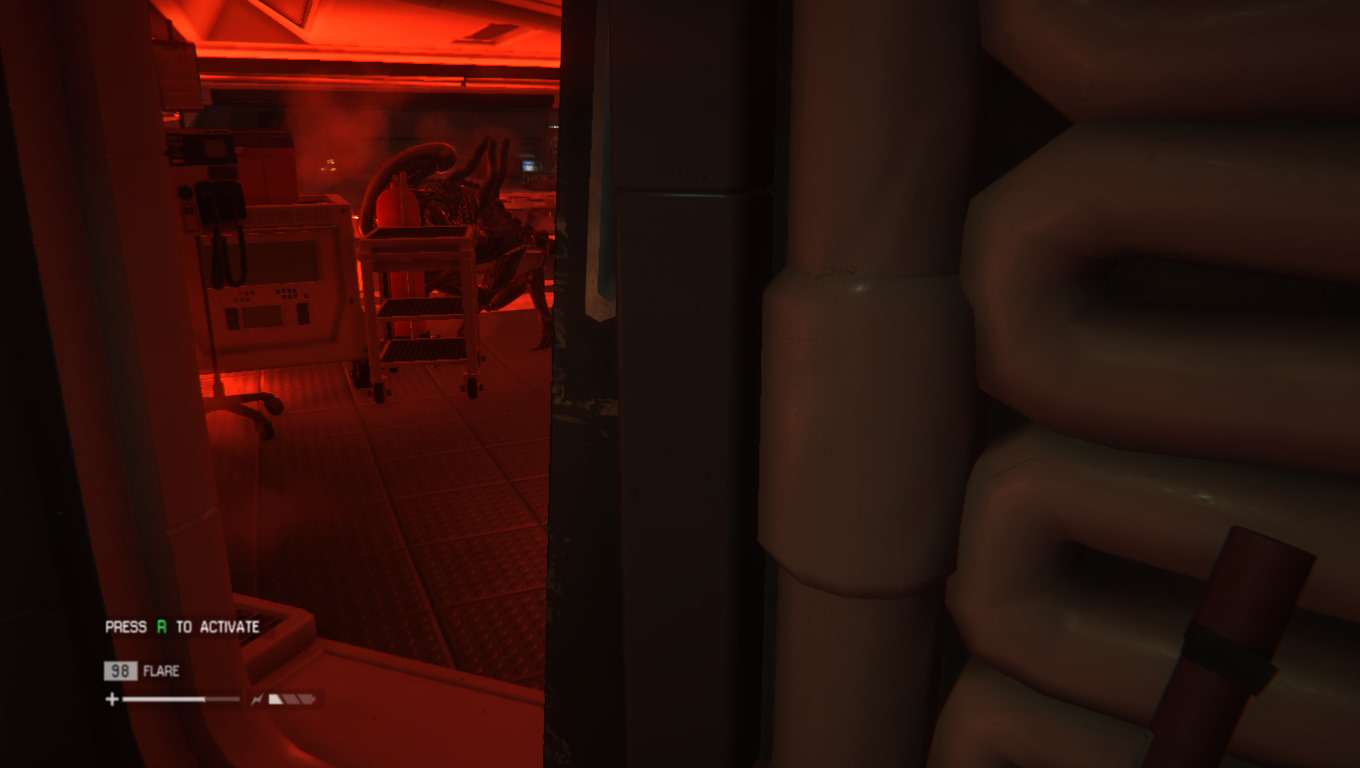 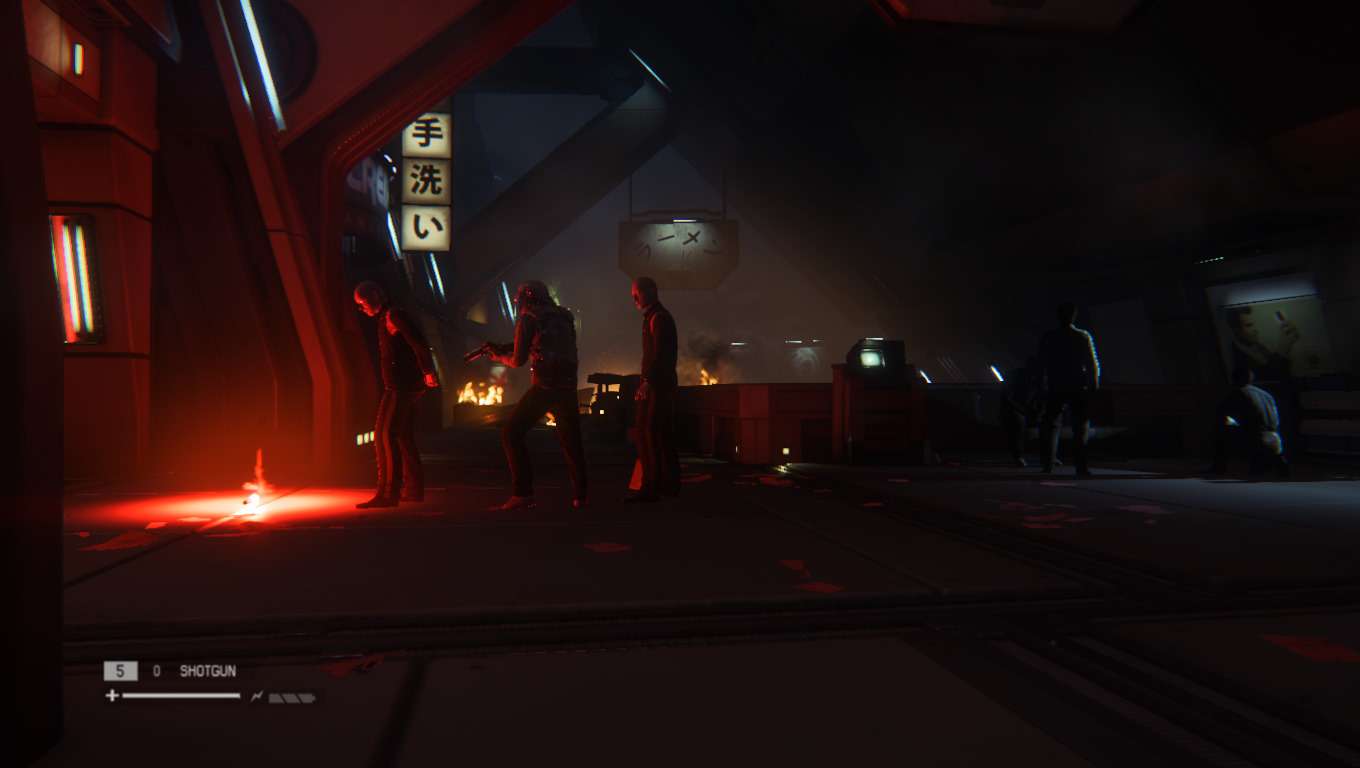 In Alien: Isolation, you are a weakling, and you stay a weakling throughout the game. So, running around and shooting everything that moves isn’t possible on Sevastopol. And this is what makes Alien: Isolation scary, the complete helplessness, you know you are dead if the Alien finds you.

So, hiding and searching for useful items, scattered on the space station, is necessary if you want to survive. You can hide in the vents, lockers under the hospital beds, tables, and there are many more hiding spots in the game to make you feel safe when the Alien is near you. Amanda Ripley, the protagonist, can craft objects from the items you collect. You can create medicines, noisemakers, EMPs, smoke bombs, and more items to protect yourself from the threats on Sevastopol. You can throw flares and noisemakers to distract the Alien as well as other enemies, use EMPs to disable working Joes, or throw a moltov to get rid of the Alien. And if you play on hard difficulty, crafting and using these items becomes essential for survival.

While progressing in the game, you get four weapons, and as it goes without saying, they are almost useless on your stalker. But the flamethrower is an exception as it can be used to scare away the Alien. Finding ammo isn’t easy, and before firing a single bullet, you will have to be prepared for the consequences. And sometimes, you can strategically use this to your advantage. If you find an area filled with hostile survivors, fire a bullet and hide before the Alien comes searching, and watch him tear your enemies apart.

Hacking is something that you will be doing a lot in Alien: Isolation. And as you progress in the story, you will be able to hack doors with higher-level security clearances. The hacking mini-games aren’t hard, but when a loud music is playing in the background, and you know the Alien is right behind you, it isn’t too easy either.

Alien Can Learn From Player's Behaviour 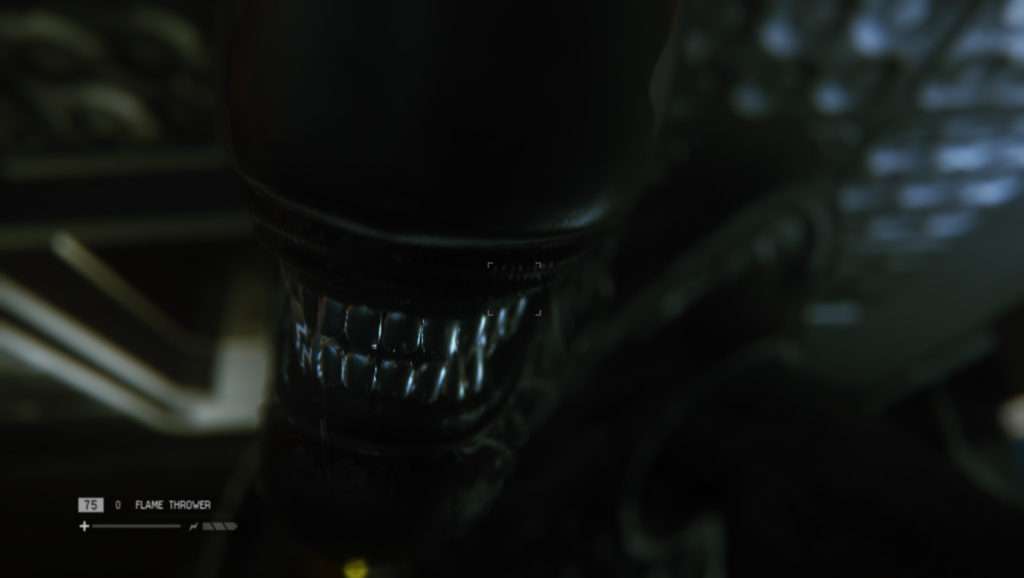 The bloodthirsty hunter, Xenomorph, is the most crucial aspect of Alien: Isolation’s gameplay. But at the end of the day, the Alien is just an AI and can’t do much on its own, and to tackle this problem, the developers tried their best to make the Alien feel like an actual living creature. It can hear and detect your movements and uses a network of tunnels and vents to reach the source of the sound. The developers confirmed that in the entire game, Alien teleports only twice as a part of the story. So, the rest of the time, when you make a loud noise, the Alien actually travels by using tunnels and vents to catch you. It’s a simple detail, but it significantly affects the gameplay and Alien Isolation’s environment.

And not only this, the Alien can learn from your hiding patterns, if you hide under tables or lockers for too long, the next time the Alien will search those hiding spots more aggressively. So, you can’t use the same strategy throughout the game.

Alien: Isolation’s campaign is meaningful and fits appropriately in the Alien universe. Samuels, a synthetic from Weyland-Yutani corporation, informs Amada Ripley, about the flight recorder of her mother’s ship, which went missing 15 years ago. And to know about her mother’s fate, Amanda becomes a part of the cargo ship Torrens’s crew, being sent to retrieve the flight recorder. But things don’t go as planned(nothing surprising), and while spacewalking towards the Sevastopol station, with Samuels and Taylor, an explosion breaks their EVA line, and Amanda finds herself alone on the Sevastopol station. Amanda finds out about all the mishappenings on the space station and makes it a mission to survive and leave the Sevastopol as soon as possible.

And being a fan of the Alien movies, I couldn’t have asked for a better campaign than what Alien Isolation offered. The entire campaign and Sevastopol are filled with several references to the original movies, and the DLCs are equally fun and well designed. Restoring power and pulling levers got a bit repetitive in the second half, but as a whole, the story and characters will keep you interested throughout the game.

Tense environment, creepy music, impressive visuals, and one of the most dangerous creatures ever, help Alien: Isolation in delivering a frightening experience like no other game. And I highly recommend you to play this game if you are a fan of this franchise or horror games. 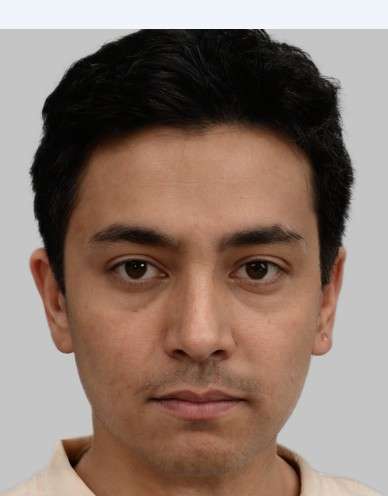