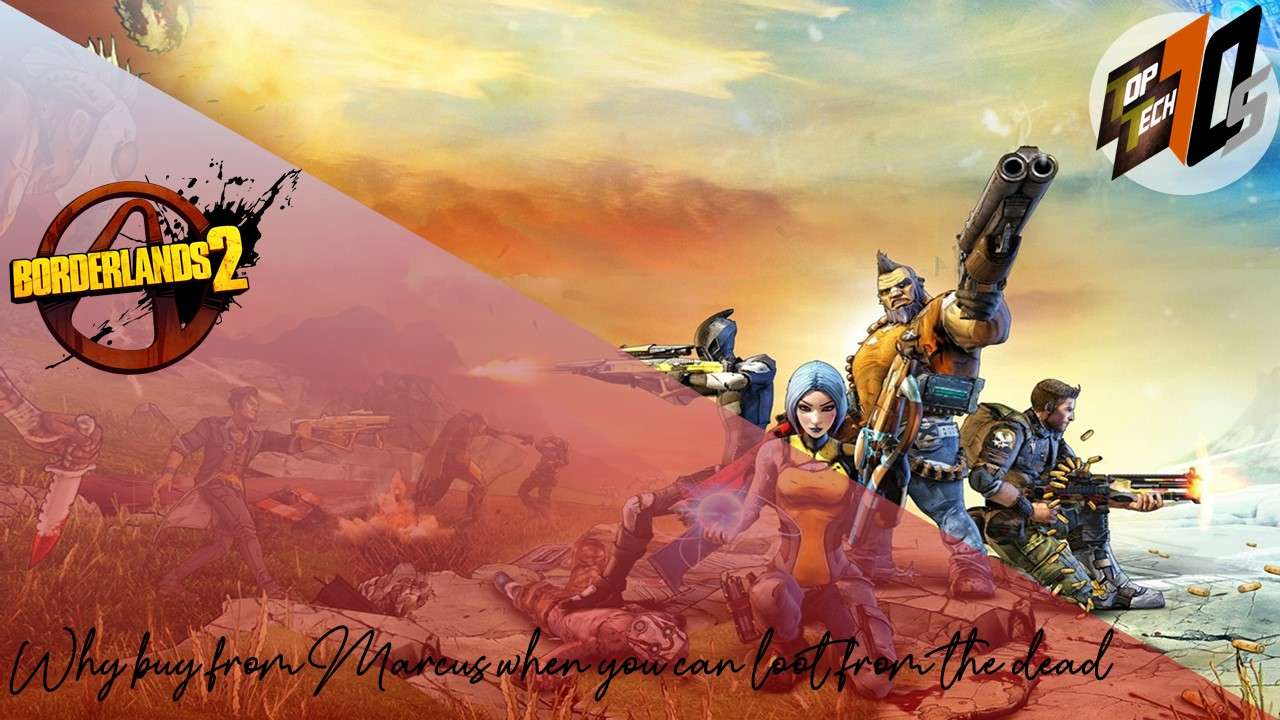 I generally try to stay away from first-person open-world games because, for some reasons, the first-person perspective makes me dizzy while playing games. So, I was seriously worried before playing Borderlands 2, and I was delighted to see that the game had no such issues. The unique art style, fantastic visuals and appropriate lighting gave me every reason to keep playing this game.

Game’s visuals made me play this game, but the gameplay and hilarious writing made me a fan of the game. Within an hour of gameplay, I started enjoying the game’s loot system. Each weapon felt different, and finding powerful weapons wasn’t only necessary but also fun and addictive. Discovering and looting legendary chests, completing quests, fighting bosses and looting dead enemies are all worth it when you find the weapon which suits your play style.

Borderlands 2 has a simple story, bad guys want to control the planet, and you have to stop them. But iconic and interesting characters and an overall crazy and funny atmosphere make it very special. Every character has his/her style and motivations, and every interaction you have with them is memorable. And now if you haven’t played the game, it might sound a bit too much, but even the different enemy types seem different in the way they attack and speak. Shotgun-midgets fall back after firing a shot, goliath being fat and dumb speaks slowly, psychos speak something funny and random before dying and many more details that make the enemies feel more than mere random NPCs standing in your way. 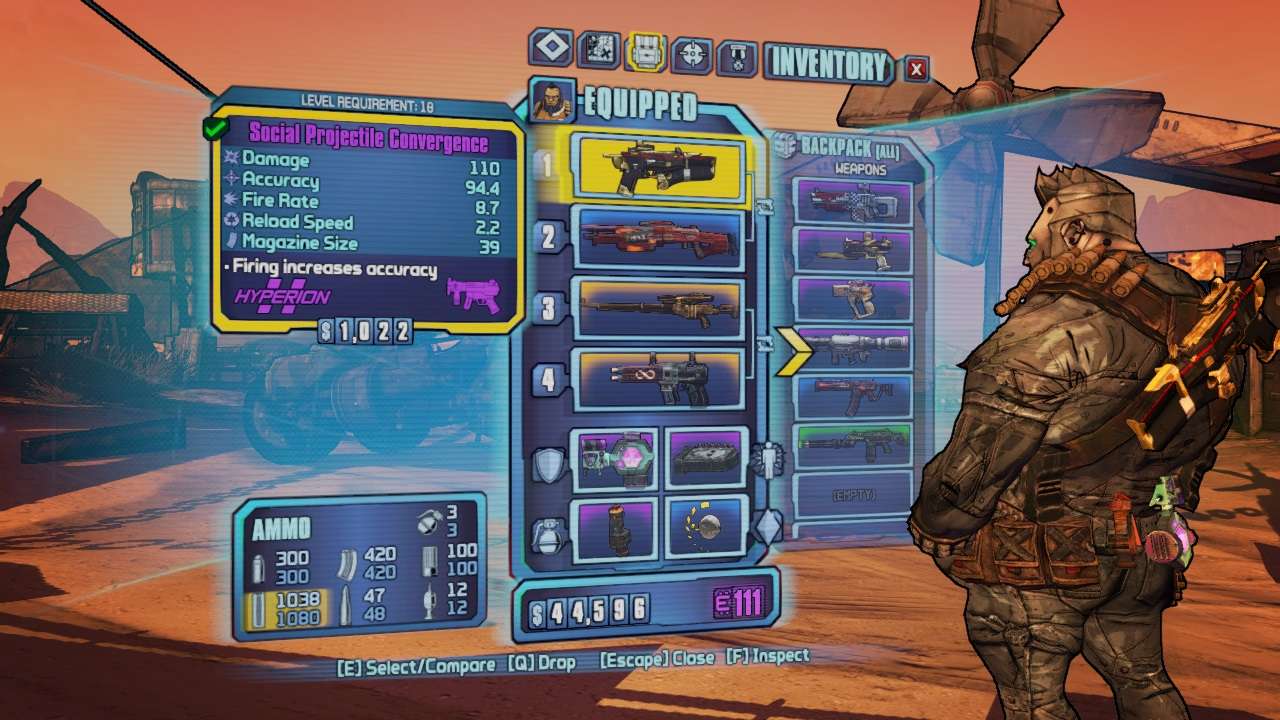 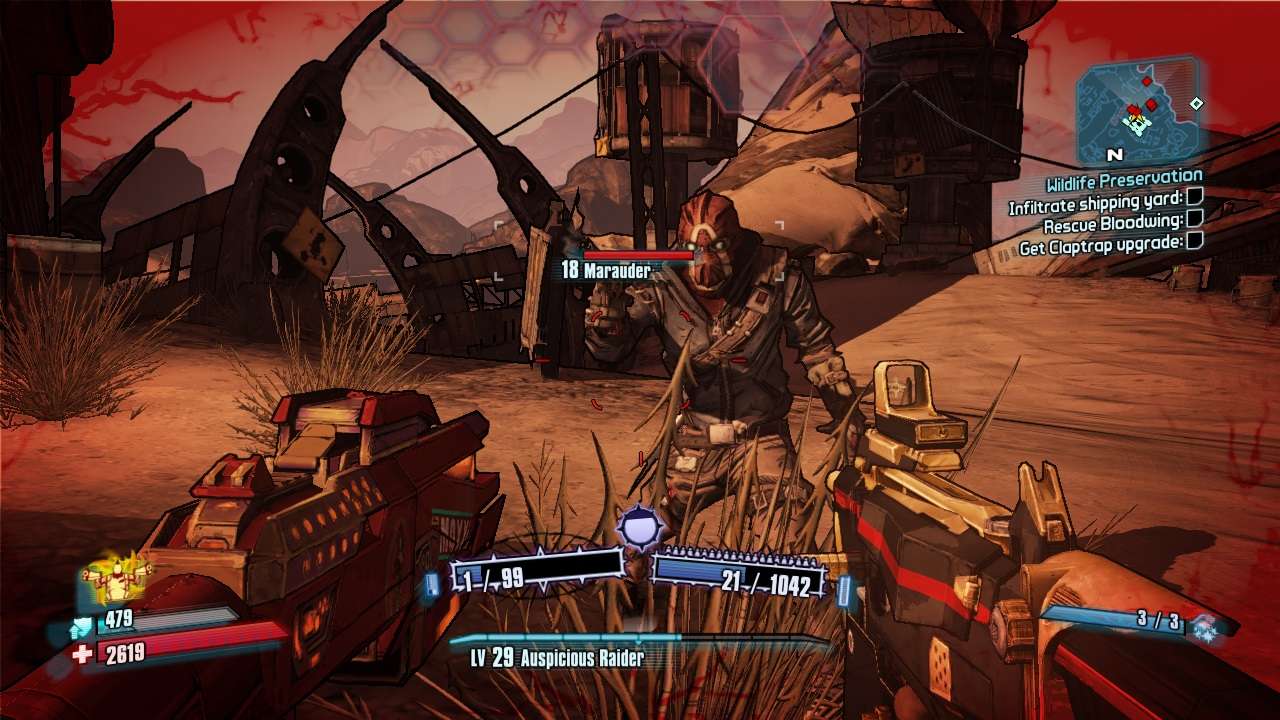 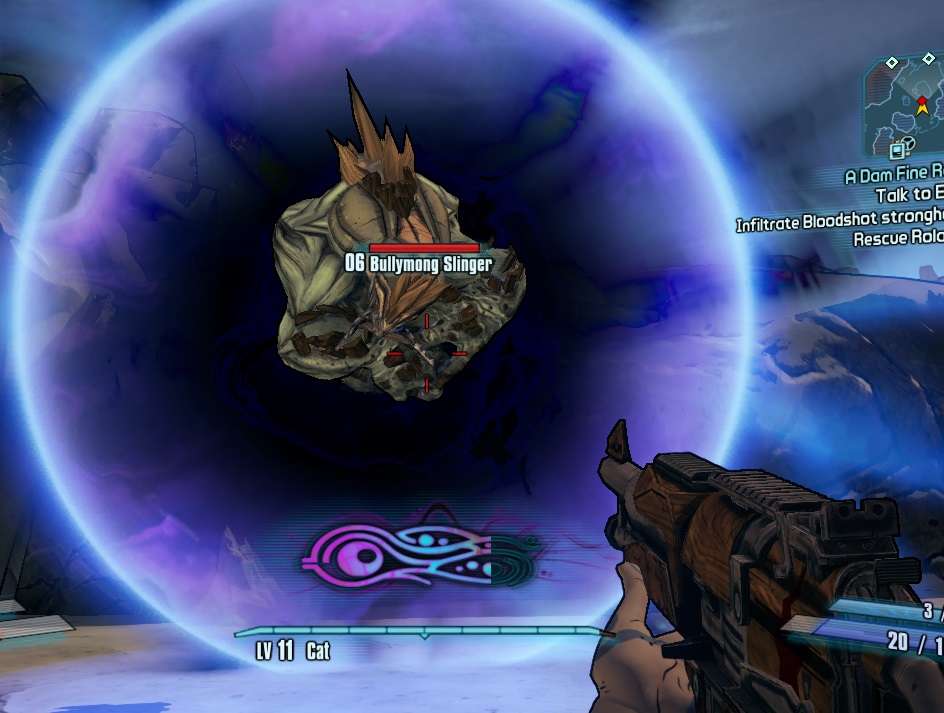 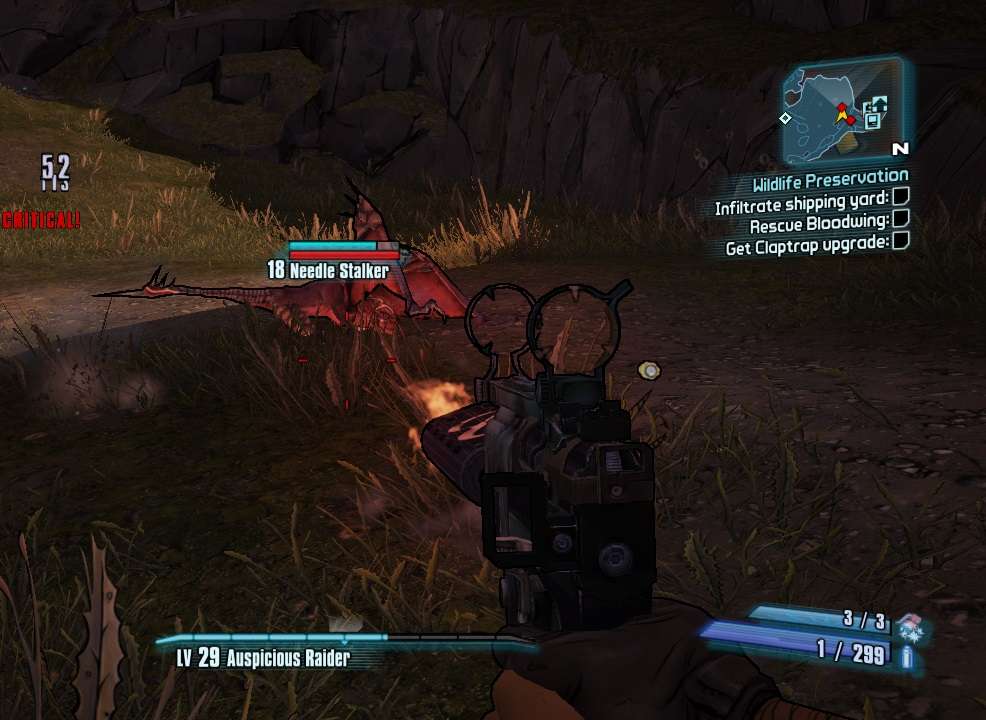 Borderlands 2 is primarily focused on gameplay. One of the best random loot generating system, characters with different skills and abilities, many fun side quests and smooth and satisfying gameplay will keep bringing you back to the game. Even though the combat is basically fast-paced, you have a lot of freedom in the way you play the game.

You can either snipe most of the enemies from a distance or charge straight towards them. And different characters reinforce this freedom. If you ignore the DLCs, there are 4 playable characters, Axton the commando, Maya the siren, Salvador the gunzerker and Zero the assassin. Each character is totally different and has unique skills and abilities. While playing as Axton you can throw a turret to aid you in battle, Maya’s siren abilities can be used to hold the enemies in the air, Salvador can dual-wield any two weapons, and Zero uses a clone to distract enemies. And different skill trees help in adding more diversity to different characters.

There are more than 15 million guns in Borderlands 2. So, finding the same weapon twice isn’t very easy. And the game’s mechanics don’t allow you to stick with your favourite gun throughout the game, because your enemies level up with you and as you progress in the game. If you want to survive, you have to explore the world, complete quests and loot chests.

What I loved the most about Borderlands is how quick the game teaches you all the basics. Within an hour of playing the game, you know about the loot system, weapon types, grenade mods, shields and your character’s abilities. For most of the players, it might not be a big deal, but for me, it is as I really hate the long tutorial missions and sequences. 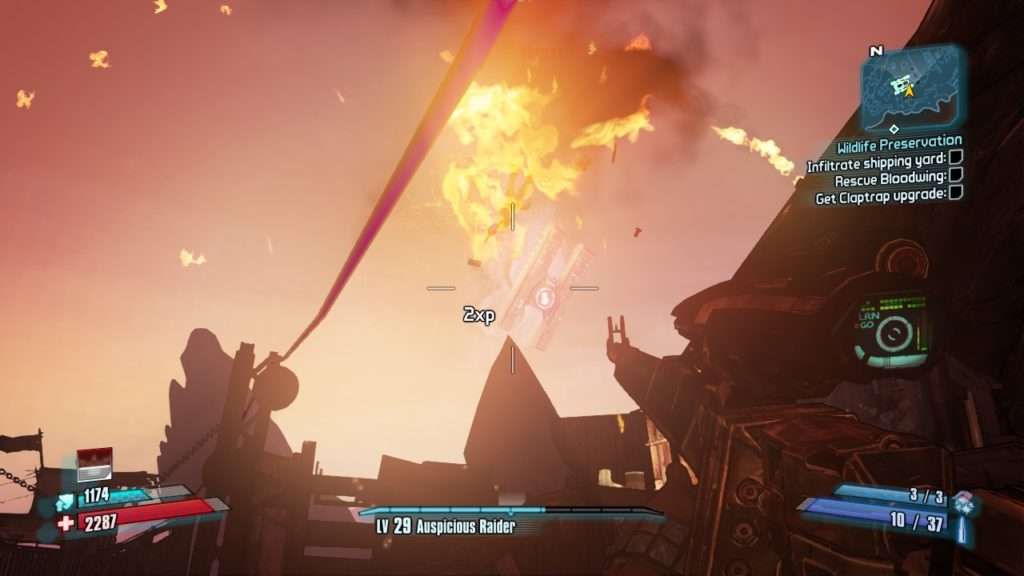 You can’t ignore side quests if you want to complete Borderlands 2. Side quests are necessary for levelling up, gaining skill points and better weapons. But the side quests in Borderlands 2 never felt forced or out of place. Most of the side quests make sense, have something to do with the main campaign or are over the top crazy. There’s a quest in the game where a psycho wants you to shoot his head off. I know it sounds too simple, but I can’t help it, this is an actual quest, and something like this is possible only on Pandora. And I am the type of gamer who doesn’t enjoy side quests because in most of the games they seem unnecessary, distracting and boring. But in Borderlands 2, side quests are rewarding and equally fun.

The open world of Pandora is divided into different maps. So, there isn’t one huge map that you can explore in Borderlands 2. At first look, this system doesn’t seem to have any significant affect on the gameplay, but actually, it is quite the opposite. When you reenter an area in the game, all the enemies and bosses respawn, allowing you to kill and loot them once again. And you can defeat the same boss again and again until you get the weapon you were searching for.

Each area of the map in the game has it’s own story and atmosphere. Opportunity is filled with elite Hyperion guards, tall buildings and represents Jack’s power and authority. The Dust is covered with sand dunes, and bandits try to hunt you with their own vehicles. Wildlife Exploitation Preserve is crawling with almost every dangerous creature on Pandora. And most of these areas are a part of the main campaign, but some like, Lynchwood and Fink’s Slaughterhouse are left for the players to explore.

Story: As Good As The Gameplay 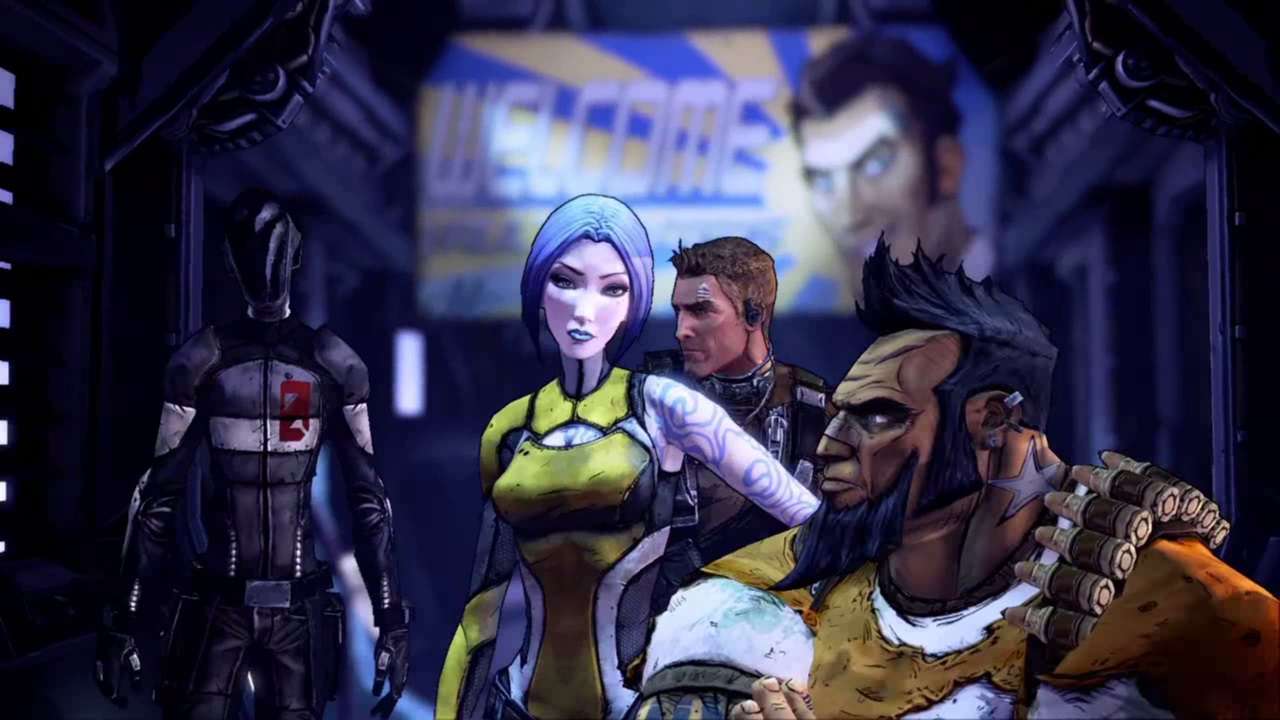 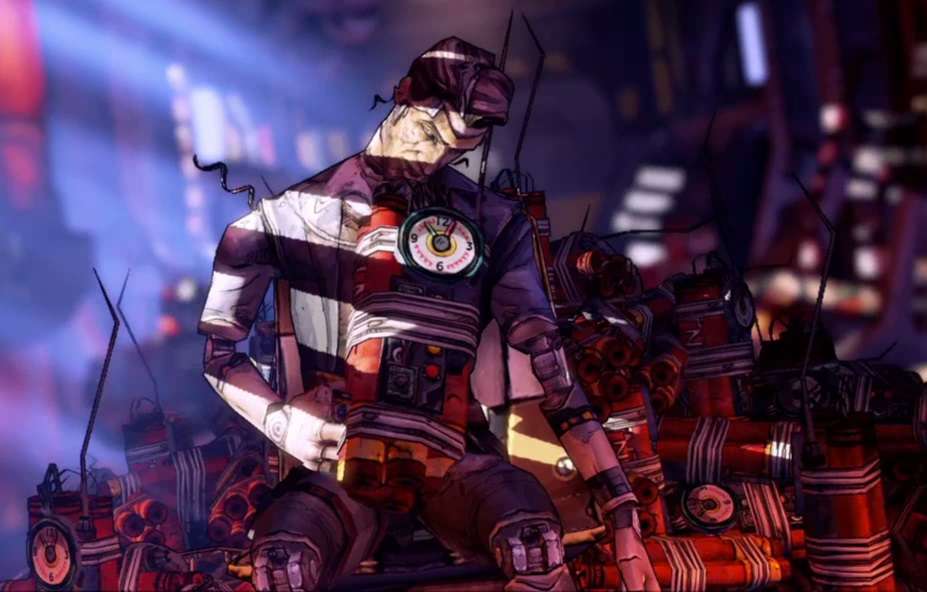 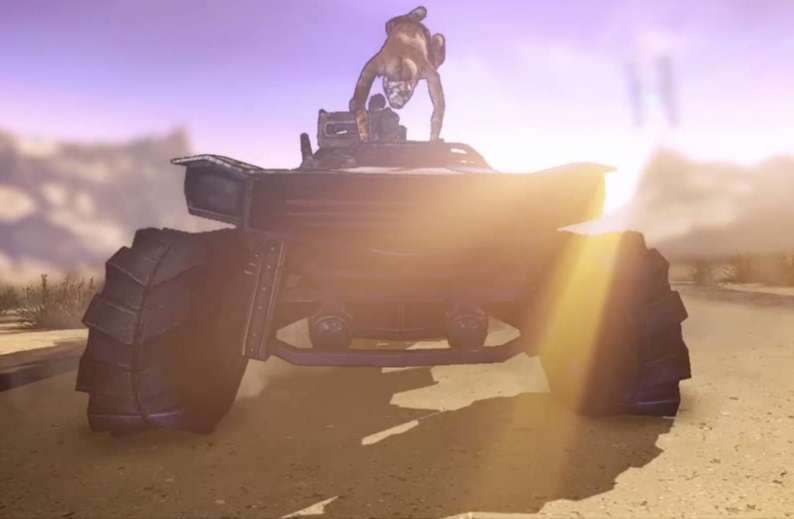 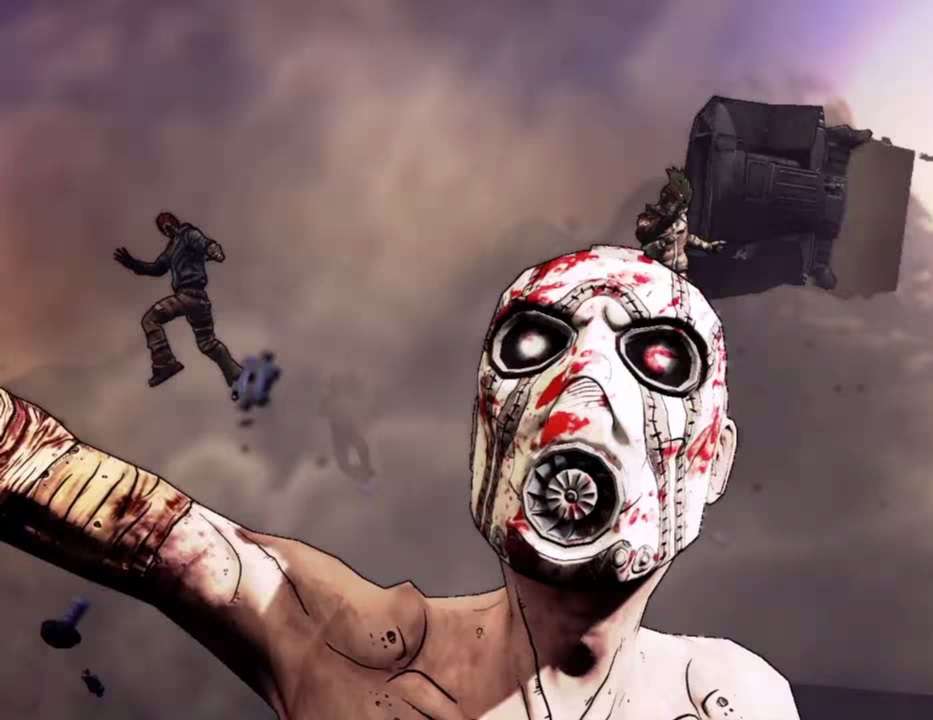 I played Borderlands 2 before playing the first Borderlands. And I had no idea of what the game was about, but the quick recap given by Marcus himself was all that I needed to connect with the game’s story. The opening of Borderlands 2 is absolutely one of the best game openings ever. It’s crazy, funny, cool and gives you an idea of how good the game is going to be.

Handsome Jack wants to control Pandora and the Vault to annihilate bandits and establish peace and order. And you being, a vault hunter, are nothing more than an obstacle. So, stopping Jack isn’t just about being a hero it is about saving your own life. And he almost kills you at the beginning of the game, so you also have a score to settle.

Handsome Jack isn’t a regular bad-guy found in most of the games and movies. He isn’t there just for the sake of being an opposing force in the game. His character is well written, seems real and excellent voice acting make every sentence that he speaks memorable. He is witty, humorous and consistently full of surprises.

What I love the most about Handsome Jack’s character is the way he interacts with you throughout the game. You don’t meet Jack too many times in the game, but he communicates with you by using audio logs. And he always has something to say when you are trying to put an end to his plans. Some side quests are offered to you by Jack himself and have some vital information if you want to learn about Jack’s past.

The side quests and audio logs are essential if you want to understand Jack’s character, beliefs goals. And I love how nicely Borderlands 2 does this. By the end of the game, you know a lot about Jack without watching too many long cutscenes. This system works fine and perfectly maintains a balance between gameplay and the story.

Borderlands 2 is undoubtedly a masterpiece and is worth every minute that you spend playing this game. An amazing art style, enjoyable and funny characters, thrilling and rewarding gameplay, all are trying to narrate an unforgettable but straightforward story.